Compliance Requirements for a Remote Workforce

The Major Challenges facing Cannabis Payroll Tax Reporting, and What Business Owners Can Do About it

How to read your W-2 Form

5 Tips to Increase the Value of your Accounting

Eight tips on how to talk about money with kids

Eight tips on how to talk about money with kids

Successful families talk about finances. Passing traditions, values and beliefs onto the next generation isn’t happenstance. The older generation must cultivate their wisdom and experience and communicate it to the younger generation and learning how to talk about money with kids is no different.

Once children reach their adult years, the training wheels largely come off and it’s now up to them to manage savings accounts and credit cards. The Millennial generation is exposed to more advertizing and mixed information than any generation that preceded it. Budgeting and investing is not intuitive, and it’s a skill that takes time to learn.

Parents can no longer dictate everything their adult children do, but they can engage with them as adults to give them advice on how to plan for their financial future. Here are eight tips on how to talk about money with kids:

One: Give advice, not a lecture

Keep your advice concise and to the point. Consider having a conversation about a small topic like the difference between credit card options and a line of credit, and give them some space to reflect on how the different kinds of financial charges would look like in their own situation.

You can give more advice as needed, or pass them some good articles to read. If they want to engage more, great. But one way or the other, they need to internalize these lessons on their own.

Two: Let them know you are human, too

If you have a story of getting out of bad debt, or realizing you should have started saving for retirement ten years earlier - tell it. Lots of financial advice comes in the abstract, but the true story what happened to a real person in their lives will make a stronger impact and could be make all the difference in their own choices.

Three: Learn to be okay with their choices

Your kids aren’t going to take all of your advice. You can do the best job in the world of selling them on the idea of setting aside money for an IRA one day and watch them blow their monthly budget on a spending spree the next.

It can be frustrating to let go. Parents that are too judgmental or visibly disappointed with their children's choices can drive a wedge in the relationship. If you show them that you can keep your own emotions in check, you build more trust and openness.

It’s fairly likely that your children will need at least some form of financial assistance at some point after they leave home. That could mean sending them some money to cover a power bill or for groceries, or that could mean co-signing for a loan, or even having them moving back in with you at some point.

It’s up to you to decide how far you’re willing to go, but it’s a good idea to be open about that. You could go as far as having an explicit conversation about how much you’re willing to help (or not). It’s completely appropriate for you to set up boundaries and expectations.

Maybe you’ll be willing to bail them out of credit card debt once. Or maybe you’ll give them a $1,000 loan under the condition that they pay it back in six months and that they start setting aside $100 a month for an emergency fund. A positive constraint could be something like allowing them to move back your home for one year, but they have to show that they are contributing $200 to an IRA every month.

Whatever the arrangement, the key is to communicate clearly and that they give their agreement.

Your situation is generally going to be different from theirs; but, it’s a good idea to start a dialog about the different investment approaches out there and how that might fit in with their lives.

Compound interest works in the favor of the young. Even modest investments can have a big impact down the road. If they’re in a position to, encourage them to start early.

Remember that this is a big topic and much of it will be new to them. What is an asset class? An Investment Portfolio? It’s a good idea to talk them through your portfolio and your past because it will make it real to them.

Interested to learn a little about Individual Retirement Accounts (IRA)? Here are five reasons to contribute to an IRA today.

It makes an impact on children getting to see parents taking their own advice. One strategy for how to talk about money with kids is show them something real. Maybe it’s time for you to cut some of your impulse spending to set aside some extra savings?

Seven: Don’t keep your net worth a secret

It’s fairly common for parents to shy away from discussing matters of inheritance. Particularly in families that have built up significant wealth. There’s a fear of the idea letting young adults know they’ll receive a windfall down the line will demotivate them from pursuing their own career and financial independence. This is a legitimate concern.

Consider the idea of opening up rather than closing down.

Tell them your concerns and your feelings. There’s a lot of satisfaction that comes from building one’s own legacy. Let them know that you trust their character, but that there’s a dark side to wealth that you want to help them avoid.

Eight: Have a family discussion about finances once a year

This is where you talk about your retirement plans and changes to your estate. This is another example of leading from the front. Your financial situation and your net worth has an effect on your family’s future for sure, but it’s also another opportunity to make a powerful impression on your children and gives them an opportunity to contribute.

They can ask questions and offer concerns, as well as share as much as they’re comfortable about their own situation. Being comfortable discussing finances is an important part of financial health.

Learning how to talk about money with kids also opens the door to discussing important issues like your overall health, contingency plans for eldercare and end of life planning. Remember, they’re as concerned about your future as you are in theirs. 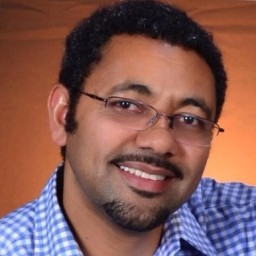 I live in the intersection of technology and entrepreneurship. I am a technology enthusiast but my passion is helping small businesses succeed, including mine. When I am not working, you will find me goofing with my wife and kids. When not with family and/or friends, you will find me doing some home improvement projects.